In Northern Sunrise County, Alberta, a father and daughter are working to preserve wildlife habitat. 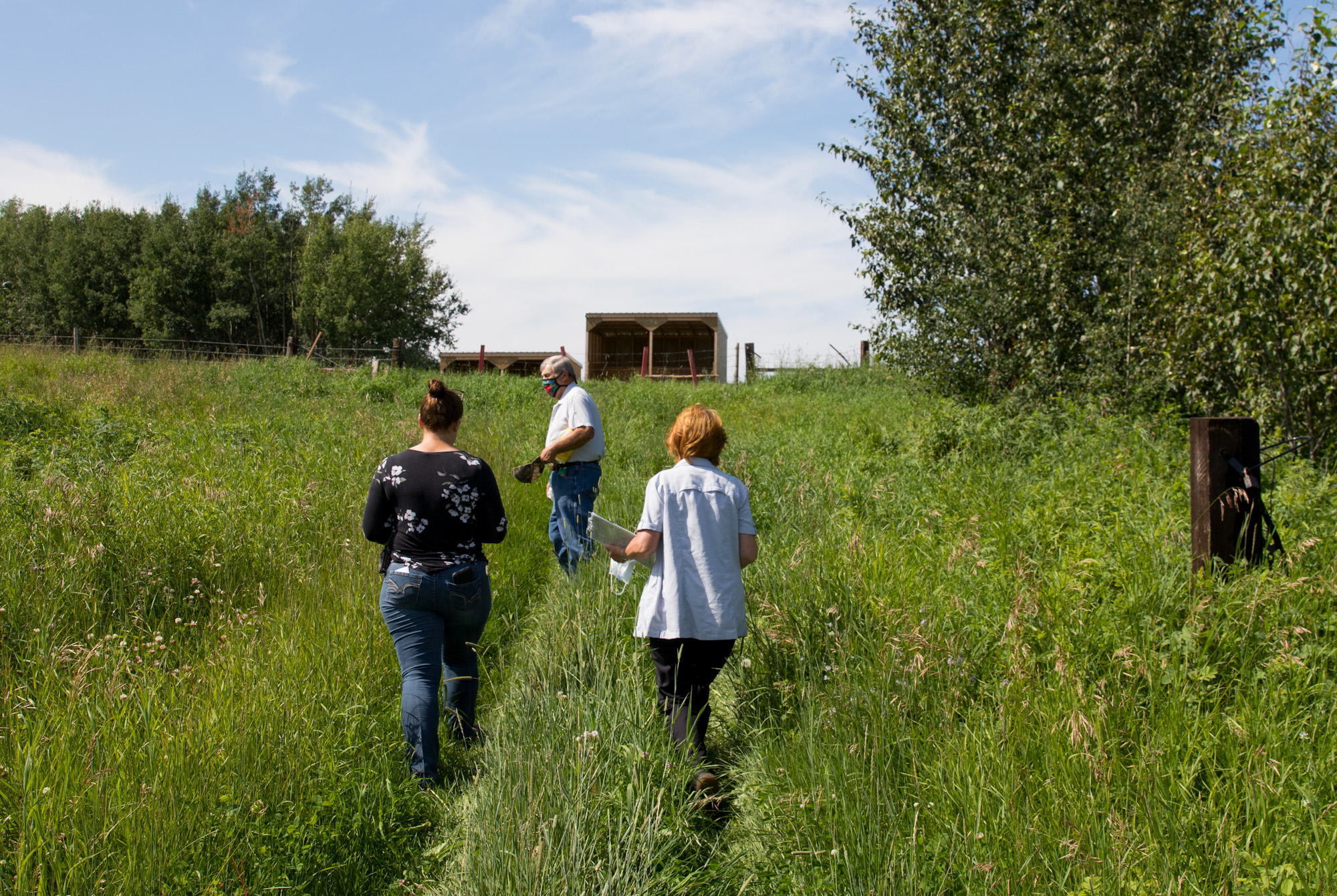 Emily and Gene Plihal observe the benefits of the environmental projects on their land with Becky Devaleriola , in Northern Sunrise, Alberta.

In 2007, Emily Plihal purchased three quarters of land, primarily to preserve habitat for animals and to restore the natural health of the land. Her father, Gene, grazes 26 cattle that he rotates intermittently between his land and Emily’s.  However, beaver activity led to an old culvert being washed out, giving the cattle access to the creek running through Emily’s land. This is why, in 2018, they enrolled five acres into an ALUS riparian enhancement project designed to keep their cattle out of the creek.

“I’ve always regarded habitat as being a primary concern for me,” said Gene. “We always have to consider the impact on wildlife when we put our livestock out here.” Fencing on the Plihals’ land in Northern Sunrise, Alberta.

With the support of ALUS Northern Sunrise, Gene and Emily constructed three miles of fence around the perimeter of the pasture, isolating the creek from the cattle. Keeping the cattle away results in cleaner water, as well as less damage to the foliage along the creek.

“The biggest benefit of the ALUS project is being able to protect the biodiversity on my property. That is of utmost importance,” said Emily. The creek on the Plihals’ land in Northern Sunrise, Alberta.

Since 2018, the 100-foot ecobuffer from the creek bank to the fence has seen an explosion of biodiversity. This buffer helps to protect the waterway from chemical and nutrient loading and provides abundant wildlife and pollinator habitat. The Plihals are seeing environmental regeneration and ample growth along the creek bank with very little erosion and lots of beavers.

“The projects have been very successful,” said Gene. “It’s actually enhancing the habitat that was originally here.”

Emily and Gene’s work with ALUS also included the installation of seven gates on the perimeter adjacent to the creek that are opened every fall to give wildlife winter access to the creek and the land. Gene said the gates were only doable with the support of ALUS.

In addition to their projects with ALUS, Emily and Gene have worked on other conservation projects on their land for years, including keeping 1,200 to 1,600 acres of trees in their native state.

ALUS is proud to count Gene and Emily Plihal among its Trailblazers in Alberta.