A Dream of Wildlife on their Land In 2011, Larry and Rosanne Bingham purchased 160 acres of land with a dream of retiring in a rural setting. Some fifteen kilometres south of Vermilion, Alberta, they found their deal plot of land.

The site they chose is dear to them for its natural wetlands, native trees and rolling topography that offers a picturesque vista of the Albertan landscape. Larry and  Rosanne’s land is worked by local ranchers who bring their herds to graze. This holistic balance of farming and conservation is important to the Binghams. Passionate about their home, the Binghams joined the ALUS Vermilion program in 2012 to achieve their stewardship goals.

The Binghams have enrolled 64 acres into active conservation sites through the ALUS program. Conservation can suggest stillness, but like the Binghams, their land is far from idle.

“The partnership with ALUS has enabled us to pursue our dream of making this quarter section into a wildlife-friendly conservation area”, said Larry.

With ALUS, the Binghams have created pollinator habitat that buzzes with insects; fencing along their waterways that makes the water cleaner for the species that rely on it; and acres of prairie grass that are home to birds, bugs and a variety of other small creatures. Larry and Rosanne’s ALUS projects are a living habitat for over fifteen species of duck and geese, as well as for deer, moose, coyotes, grouse and water birds.

The Binghams’ ecobuffer project has already created a much greater diversity of flowering plants for both humans and wildlife to enjoy. “We enjoy seeing deer and bird life in our yard on a daily basis. They seem to feel comfortable making their home here,” said Rosanne.

Although the focus of their work with ALUS was to preserve wetlands and foster biodiversity, the Binghams are taking the relationship a step further by hosting tours, field days and student class tours. They are dedicated to increasing public awareness of the dynamic relationship between the land and the people and species that live on it. “We hope that our projects will continue to serve as educational and demonstration projects for Lakeland College class groups, and for the community in general,” said Larry.

Larry and Rosanne’s passion for the environment will ensure continued participation in not only ALUS projects but all kinds of community educational and demonstration projects as they enjoy their retirement.

ALUS Canada is proud to count Larry and Rosanne Bingham among its Trailblazers in Alberta. 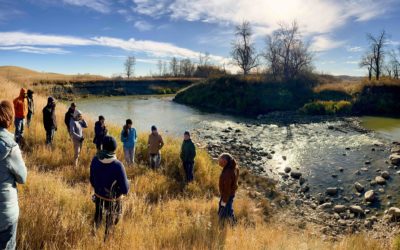 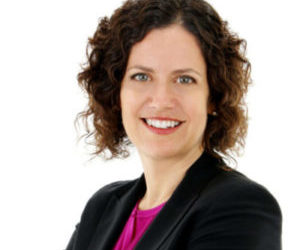