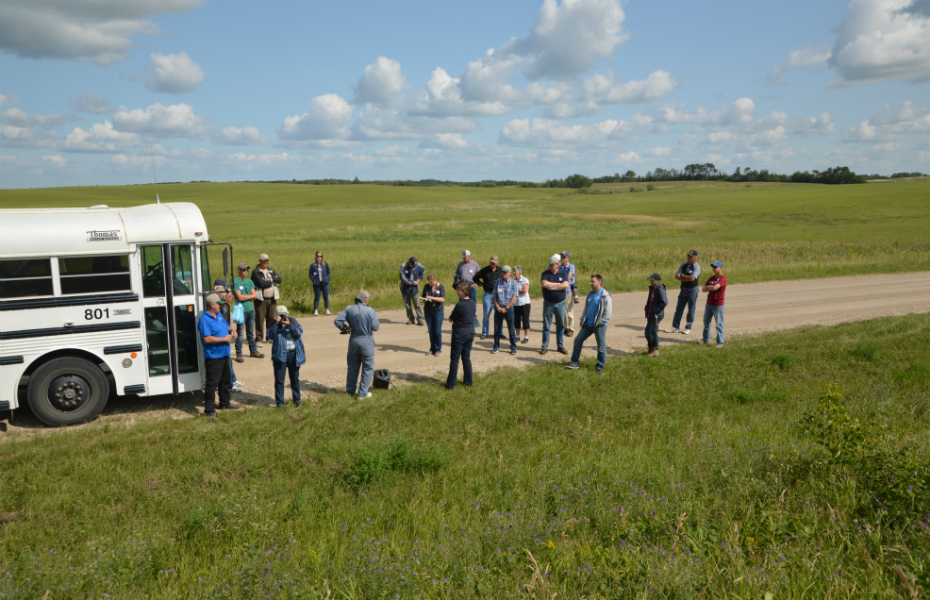 It was a beautiful day for the ALUS LSR participant networking event, which included a tour of ALUS projects in the northern part of the Little Saskatchewan River Conservation District.

The ALUS LSR program is a partnership between ALUS and the Little Saskatchewan River Conservation District (LSRCD), whose territory covers about one million acres in Manitoba.

This area includes the area of Canada’s first-ever ALUS pilot project, which was located in the Rural Municipality of Blanshard. Originally funded by the Provincial Government and The W. Garfield Weston Foundation, the pilot was led by Keystone Agricultural Producers and strongly supported the Delta Waterfowl Foundation from 2006 to 2009. A different form of ALUS relaunched in Manitoba in partnership with the LSRCD in 2014.

The 2018 tour focused on several sites in the northern part of LSRCD’s territory, beginning at the Delta Waterfowl research field station just east of Minnedosa. It was a beautiful day for a farm tour. Guests gathered beside a picturesque wetland featuring many duck nesting structures, or hen houses. This was an especially appropriate starting place considering that Delta has supported the ALUS program since its very beginning and that ALUS Canada, A Weston Family Initiative, continues to proudly recognize Delta Waterfowl as a Foundational Partner.

The Chair of the ALUS LSR Partnership Advisory Committee, Ray Frey, spoke about the important work being done by ALUS LSR and its local collaborators, such as Operation Pollinator (a Syngenta program), and welcomed everyone to the tour.

The first ALUS stop on the tour was Gord and Marg Hammell’s farm near Erikson. Gord Hammell is an ALUS Little Saskatchewan River PAC member and participant who has worked with both ALUS and MHHC (Manitoba Habitat Heritage Corporation) to enhance his land. Despite locally dry conditions, ALUS LSR participant Gord Hammell’s pasture is lush, green and productive, partly thanks to his ALUS projects: by restoring the wetland and enhancing the surrounding vegetation, they improve soil health, boost water infiltration and hold water on the landscape. Photo: Cindy Murray

The group explored Hammell’s land, walking through beautiful hilly pasture that has been fenced strategically for grazing management and features wooded areas and wetlands throughout.

Despite the area’s dry conditions, Hammell’s pastures were lush, green and productive, thanks partly to the effect of his ALUS wetland and riparian projects, which help to improve soil health, improve water infiltration into the soil and hold water on the landscape.

Hammell showed the group his ALUS project that was established with the help of both ALUS and MHHC (Manitoba Habitat Heritage Corporation). MHHC helped Hammell recreate a former wetland by plugging drainage ditches in a low-lying area by installing six “earth plugs,” while ALUS LSR helped him enhance the area surrounding the wetland into an eight-acre riparian buffer zone that he has enrolled into the ALUS program.

The second ALUS project on the tour was located near Rufford, where ALUS LSR participant Beth Pearson has enhanced more than 18 acres of wetlands through ALUS. The wetlands have a lot of aquatic vegetation, which helps improve the water quality of the wetland and create wildlife habitat.

Pearson has also enrolled 14 acres adjacent to these wetlands into the ALUS program. This land used to be planted to traditional annual crops, but as ALUS LSR Coordinator Colleen Cuvelier explained to the group, it is now a sea of permanent, deep-rooted grasses that sequester carbon, protect the soil and produce cleaner water.

The contrast was clear to all, as they could see how Pearson’s ALUS acres formed a protective buffer around the wetlands, while off in the distance, fields of crops were actively being prepared for the upcoming harvest. 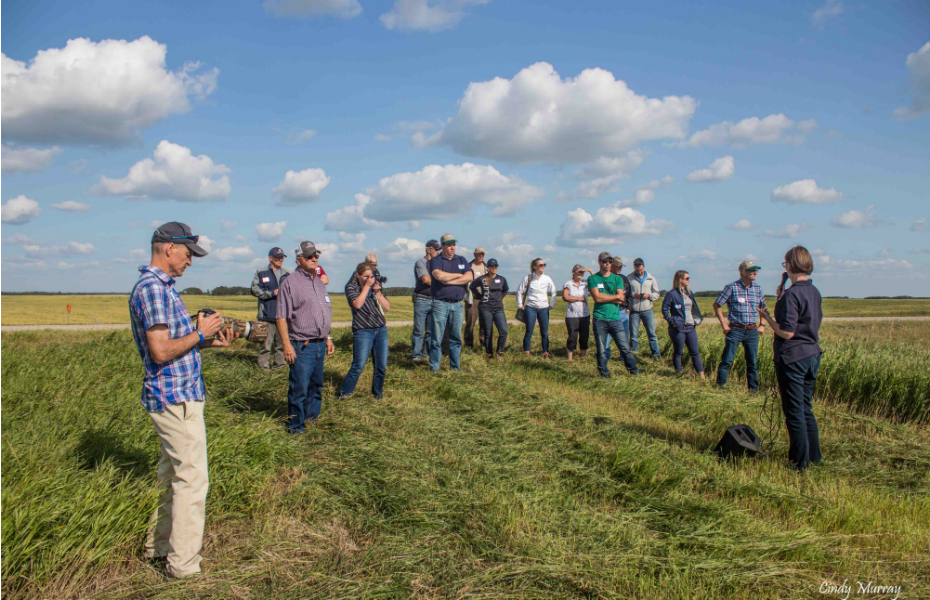 “This tour was a great opportunity to showcase the ALUS LSR program and connect ALUS participants from across the community,” said Paige Englot, ALUS Canada’s Prairie Hub Coordinator. “There is a well established ALUS community with deep roots here in Manitoba, and there is a significant amount of new programming taking place on the ground.”

Through annual, per-acre payments, ALUS encourages Hammell and Pearson to maintain their wetland and riparian zone projects in an optimal state to produce cleaner water, cleaner air, more biodiversity and other ecosystem services important for the wider community. 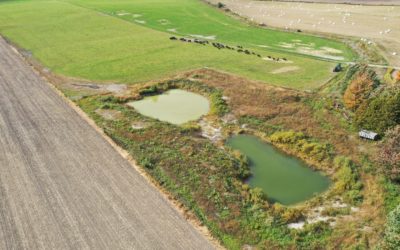